Here at Bet9jaMobile Review, you will find our champions league tips on every game of the UEFA Champions League 22/23. This year many top clubs have improved the level of their squads and we are sure to see the very best teams heading to the final which will be played at the Atatürk Olympic Stadium in Istanbul. 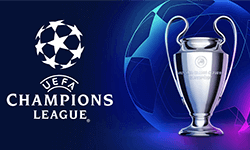 After the catastrophic impact of the covid19 in during last years, in the 2022 final we have seen the incredible Real Madrid winning for the 14th time the big trophy against Liverpool which, frankly, deserved to win the title. We saw a 1–0 in the final, which was played at the Estadio de France in Paris, France. The other 2 English teams have been eliminated by the Real (Real Madrid 6 – 5 Man City) (Real Madrid 5 – 4 Chelsea) and will look to have a revenge during this tournament. As per last rule introduced last year, in this season the away goals rule has no impact and we will see many matches ending on extra time again.

Get the Bonus on Bet9ja

The road to The Atatürk Olympic Stadium

The final will take place at the Atatürk Olympic Stadium, Istanbul.

Odds for the 2022/23 Champions League Winner

Real Madrid is, once again, the club that starts as favorite, after an unforgettable UCL tournaments last year 2022 beating most of the other biggest rivals.

The Liverpool squad after deserving and missing the trophy last year, this year they will be more competitive. We predict their arrival in the best 4 (semi-finals).

The Manchester City club dreams that trophy from the last 10 years and last season lost an incredible match against the winners Real Madrid which was more cynic in the final match, but you know, this year there is Mr Erling Haaland to solve the things…

We are all looking forward to see again the two Spanish Real Madrid and Barcelona to be very competitive again. The French super team of PSG seems to be unbeatable with the magic trio (Messi, Mbappe, Neymar) and don’t under-estimate the German Bayern Munich that, even without Robert Lewandowski (moved to Barcelona in summer) is always super competitive.

Good luck to all our community but, well, our prediction is: Manchester City 3.40

In the eight groups stages we have some big matches for our champions league tips and predictions: in group A we have the last finalist Liverpool which should go ahead with no problem, group B the favourite would be the Atletico Madrid, group C we will see the most competitive group with 3 super big teams Bayern, Barcelona and Inter, group D the Tottenham of Antonio Conte is the favourite, group E has an interesting Milan VS Chelsea, Group F seems to be an easy group for the Real Madrid, group G all/in for Manchester City, and last group H with 2 big contenders PSG and Juventus .

There are so many bets that you can place on the Champions League 2023. There are of course many contenders and difficult to predict with many strong teams which can make it through the end. Maybe again an English vs Spanish final? Or what about if we have PSG-Man City? Let’s follow the tournament with a huge interest.